You are here: Home / Archives for Steven Seagal 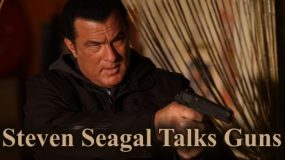 Choose Your Weapon: Steven Seagal Talks Guns Steven Seagal knows many things: kicking ass, making movies, the best hair ties to keep your ponytail up while doing the first two (among countless others). He also knows guns, as well he should—he’s starred in dozens of action movies in his 25-plus year career, and he also […] 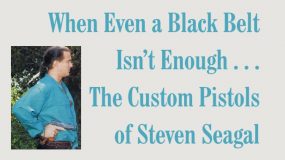 When even a Black Belt isn’t enough . . . The Custom Pistols of Steven Seagal Believe it or not, there are still a lot of people running around who have never heard that old yoke about bringing a knife to a gunfight. I know this is true, because every time I mentioned working on […]